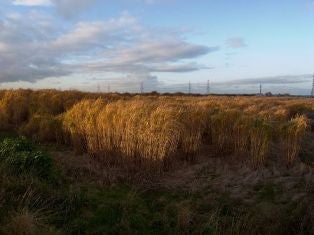 The European Commission has announced plans to limit the use of crop-based biofuels to 5% of transport fuel, a major shift in its bio-fuel policy.

EU Climate Commissioner, Connie Hedegaard, and Energy Commissioner, Guenther Oettinger, said in a joint statement that they want to cap the use of crop-based biofuels such as rapeseed or palm oil.

"It is wrong to believe that we are pushing food-based biofuels," the commissioners said.

"In our upcoming proposal for new legislation, we do exactly the contrary: we limit them to the current consumption level, that is 5% up to 2020."

Last week, Reuters reported that the European Commission was seeking to impose this limit as part of a target to raise the share of renewable fuel in the transport mix to 10% by 2020.

"The Commission’s message for post-2020 is that our clear preference is biofuels produced from non-food feedstocks, like waste or agricultural residues such as straw," the commissioners said.

"These new types of biofuels are not in competition with food, nor do they require additional land. We are pushing biofuels that help us cutting substantial CO2-emissions, do not compete with food and are sustainable and green at the same time."

The draft proposals are likely to be published next month, and approvals of EU governments and lawmakers are required for the proposals to become law.

The news follows the Scottish Energy Minister’s announcement last week that the government will remove support for wood-fuelled biomass stations with a total installed capacity greater than 10MW by 2013.

Image: The move to impose use of food-based biofuels is part of EU’s target to raise the share of renewable fuel in the transport mix to 10%by 2020. Photo: courtesy of David Wright.