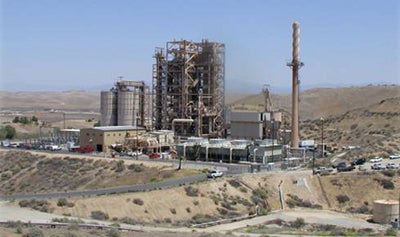 US energy company Exelon has sold its ownership share in five power plants located in the state of California to Tokyo-based IHI.

The five power plants have a total of generating capacity of 70MW.

The company owned a 9.9MW share in Chinese Station, a biomass facility located in Jamestown and a 12MW stake in another biomass plant, Rio Bravo Fresno in Fresno.

Christopher Crane, Exelon president and CEO, said the sale of these facilities is part of the company's long-term growth strategy. "By selling assets that are not consistent with that strategy, we can better focus on positioning our generation portfolio for the future," Crane added.

Commenting on the deal, Mikio Mochizuki, IHI Corporation executive officer, said: "This acquisition forms a solid platform for IHI's further expansion into the energy services business in North America, which is a key element of our global growth strategy."

Prior to the sale, these plants were operated by Exelon's business unit, Exelon Power, whose employees were offered positions by IHI as a condition of the sale agreement.

The company has plans to hire all of Exelon's O&M personnel at the five plants and begin operations of IHI Power Services Corp as an O&M services provider in the US.

The five power plants, which have power purchase agreements with investor-owned utilities, came in Exelon's generating portfolio following the firm's merger with Constellation in March 2012.