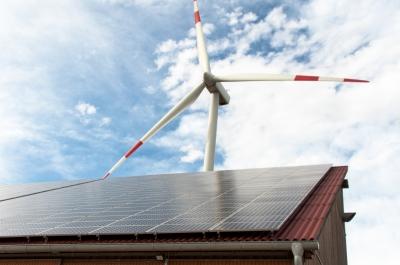 More than three quarters of farmers in the UK do not believe the potential for renewable energy is being met, according to the ‘Farm as Power Station’ report.

Jointly drafted by Nottingham Trent University and Forum for the Future and Farmers Weekly, the report collected opinions on farm-based renewable energy from about 700 farmers across the country.

It found that some 76% of farmers believe the potential for renewable energy is still not being met.

Some 84% stated high investment costs as the biggest problem, while 53% noted the ‘red-tape’.

More than half (52%) felt cumbersome and costly planning process are the barriers towards fulfilling the potential for renewable energy.

Nearly 40% of farmers said they now use renewables, compared to 5% identified in a Department for Environment, Food and Rural Affairs (DEFRA) survey in 2010.

The survey found that of those who do not currently generate renewable energy on their farms, 61% say they are likely to invest in energy generation in the next five years.

According to the survey, 45% found opposition from family or community to be a problem, while 80% said a consistent government policy was important in adopting renewable energy practices.

About 66% of farmers said they use solar technology, while 30% use wind and 21% use biomass for heat to generate energy.

According to the study, 27% said they would consider leasing their land to energy firms for renewable energy installations.

The survey found that 53% had invested in renewable energy for both household and on-farm use and to sell the energy to the open market.

"This important new research shows just how valuable renewable energy is to farmers at a tough time for crop yields."

Some 76% of farmers said they felt the main benefit of on-farm renewable energy generation was that it reduced energy costs in the business.

"It’s clear, however, that more needs to be done by the government in terms of communicating the benefits, developing a more coherent policy and addressing conflicting messages."

Reacting to the findings from the study, RenewableUK deputy chief executive Maf Smith said: "This important new research shows just how valuable renewable energy is to farmers at a tough time for crop yields."

Smith added: "Farmers have always worked with the countryside and depend on the weather to make their living, and it’s good to see small-scale wind turbines playing their part in this.

"A consistent rate of support for small and medium-sized wind turbines, and consistent and predictable planning decisions, to help our British industry really establish itself, could ensure that even more farmers are helped to make the most of their natural resources."

Image: 40% of farmers in the UK now use renewables, compared to only 5% identified in a DEFRA survey in 2010. Photo: Courtesy of FreeDigitalPhotos.net.