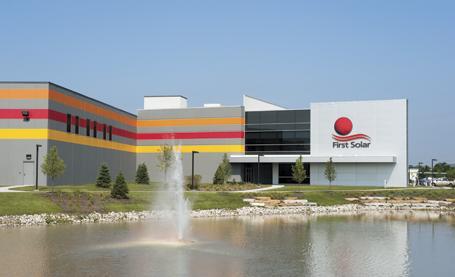 First Solar has completed work on a 50MW Silver State North solar power system located in the US state of Nevada.

The project has been delivered for Enbridge, which acquired Silver State North in March 2012.

US Secretary of the Interior Ken Salazar said, "As the first solar project on US public lands completed and ready to deliver energy to thousands of homes across Nevada, the Silver State North Solar Project is really at the forefront of our nation's clean energy economy."

Enbridge president Al Monaco said, "While traditional energy sources will be with us for a long time, it's clear that, over time, we are transitioning to a lower carbon-intensive economy."

"To that end, Enbridge has invested almost $3bn in wind, solar, geothermal, waste heat recovery, fuel cell and a host of other alternative energy technology projects that, together, have the capacity to generate almost 1,000MW of emissions-free energy," added Monaco.

"Along with our investment, Silver State North was made possible through the Nevada Government's Renewable Portfolio Standards Program, the Federal Government's incentive program under the 2009 American Recovery and Reinvestment Act, and the long-term contract that Enbridge has with NV Energy."

First Solar expects to receive revenues from Silver State North from the second quarter of this year.