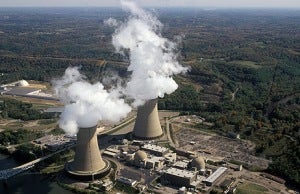 The firm plans to install above-ground, airtight steel and concrete canisters that will provide cooling to used fuel assemblies through natural air circulation.

The canisters will be stored on a thick concrete pad situated within the plant's premises, providing additional safety assurance, FirstEnergy said.

Initially six canisters will be installed, with the option to add up to 47.

A similar canister system to store used nuclear fuel is in place at over 60 other nuclear sites in the country.

Construction of the fuel storage system, which will be monitored closely by trained personnel, is expected to start this year, while completion is planned for 2014.

"With the safety and health of the public and environment the top priority, much effort went in to the planning and selection of the used fuel storage system," Harden said.

"Having the system in place will ensure Beaver Valley remains a safe and reliable source of energy for years to come."