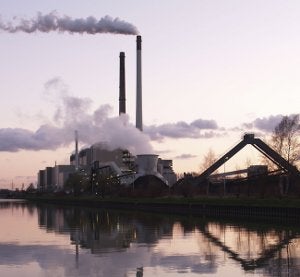 The deal, which was announced on 15 August, will see about 9m tonnes of Appalachian coal exported to Indian power plants each year for the next 25 years.

The coal will be sourced from FJS Energy’s affiliates, FJSE Marshall and FJSE River Coal for power generation and steel production in India.

FJS Energy board chairman, M P Narayanan, said the deal strengthens trade and business relationship between the two countries, and benefits both the firms optimally.

River Trading Company president, Ed Hatfield, told the Charleston Daily Mail that: "As we are closing the door on coal in the US, China, India and the other developing countries are opening the door, so we see a lot of potential for US exports of coal."

Booth Energy Group will mine 2m tonnes of the coal, while remaining 7m tonnes will come from a collection of eastern Kentucky and West Virginia mines, Hatfield said.

Hatfield added that the deal with Abhijeet Group has been in the works for several months.

River Trading will help barge the coal to the Gulf of Mexico, while Norfolk Southern will also take coal to a port in Virginia, and from there the coal will be exported to India via the sea.

About 38m tonnes of coal is currently exported for power generation, according to the US Energy Information Administration.

Coal demand will grow by 600,000 tonnes every day over the next five years, with most of the demand coming from China or India, the International Energy Agency estimates.

Abhijeet Group, which operates in sectors including power, roads, mining, steel and cement, has significant investments in joint ventures with companies such as Marshall Resources.

Image: The coal exported under the deal will primarily be used for power generation and steel production in India. Photo: courtesy of Arnold Paul.