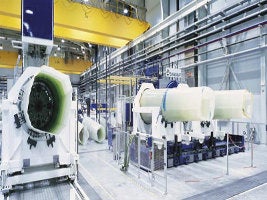 The 30MW turbines, ordered by Indo Rama Synthetics' subsidiary Indo Rama Renewables, will be erected and commissioned at Jath in the state of Maharashtra.

Ramesh Kymal, Gamesa India chairman and managing director, said that the order strengthens its portfolio of products in Maharashtra.

"Our company is fast emerging as a market leader with the Gamesa 2.0MW platform among the growing IPP segment," Kymal added.

"This is the first of several investment plans that we have carefully chalked out, focused on shareholder returns," added Lohia.

"We have aggressive plans to be a leading renewable Independent Power Producer and be an active participant in the exciting Indian renewable energy platform."

The project is expected to be completed by the end of 2012.