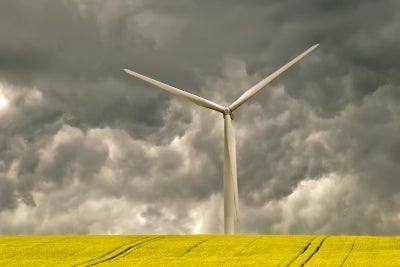 Spain-based Gamesa has received a contract from Renovalia to supply 138MW for a wind farm, which will be built at Tehuantepec Isthmus in Mexico.

Under the contract, Gamesa will supply ten turbines (20MW) in 2013 and the remaining 128MW in 2014 for the wind farm, which Renovalia will build through its subsidiary Desarrollos Eólicos Mexicanos de Oaxaca.

The scope of the contract also includes civil engineering and electrical work, installation of 69 Gamesa 2.0MW turbines and operation and maintenance (O&M) services for a period of five years, with an option to extend for another five years.

The commissioning for the latest contract is scheduled for the third quarter of 2014, said the company which has signed an agreement with Renovalia earlier for the supply of 90MW to another Mexican wind farm.

Gamesa has so far installed 765MW in Mexico, and has overall developed, built and commissioned approximately 170MW, building another 144MW and maintaining a portfolio of 544MW at different stages of development.

In April 2013, Gamesa secured a contract from Consórcio Morrinhos to supply 150MW of wind turbine capacity to five wind farms to be built in the town of Campo Formoso in Bahia state, Brazil.

Under the contract, Gamesa will install and commission 75 of its G97 2.0MW wind turbines in five 30MW wind farms.

Image: Gamesa will deliver 10 turbines under the latest contract. Photo: courtesy of FreeDigitalPhotos.net.