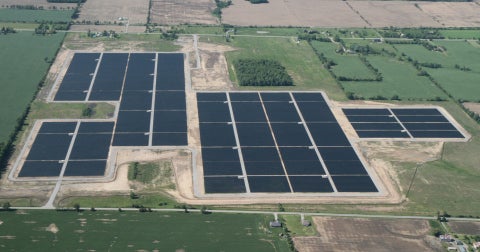 ABW Partnership is led by majority owner GE subsidiary GE Energy Financial Services and Alterra Power, which made an equity contribution and will serve as the projects’ managing partner.

The Manufacturers Life Insurance Company has served as agent and lead arranger, while ABW Partnership has raised debt for the acquisition.

The three power plants combined are expected to generate enough green energy to power around 6,300 local homes and avoid 14,600t of carbon dioxide a year, which is the equivalent of taking 3,700 cars off the road.

According to the long-term contracts, First Solar will provide operations and maintenance services to these plants.