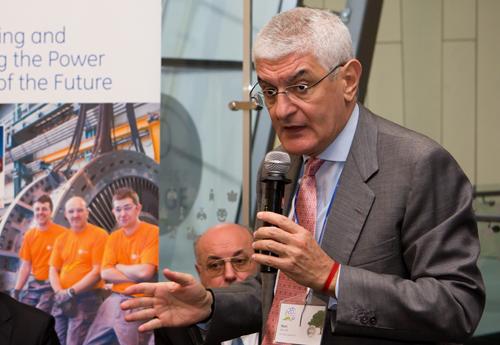 General Electric (GE) has been selected to supply advanced gas turbine technology for a new 450MW combined-cycle power plant in the city of Stalowa Wola, Poland.

Abengoa, an engineering, procurement and construction contractor for the power project, will receive a Frame 9F 5-series gas turbine and generator from GE.

Located adjacent to an existing Stalowa Wola Power Station, the facility is expected to start commercial service in May 2015.

The power plant will have a capacity of 449MW of electricity and 240MW of thermal power for heating. The plant will operate at a thermal efficiency of nearly 60%.

The facility, which is the largest gas-fired project in Poland, will support the government’s strategy to diversify energy supply for the country. Currently, Poland currently gets 95% of its electricity from coal-fired plants.

GE Europe president and CEO, Nani Beccalli, highlighted the power needs of Poland adding that the country is estimated to add 2.4GW of gas thermal capacity by the end of 2015 to cut down its dependence on coal-fired power.

"Projects such as Stalowa Wola are a step on the road to a cleaner, more diverse energy future for the country," Beccalli said.

The US-based conglomerate has also signed a separate contract with Abengoa to provide maintenance services for the plant over 12 years.

Image: GE president and CEO for Europe, Nani Beccalli, speaking during a ceremony marking 20 years of the company’s presence in Poland. Photo: courtesy of GE.