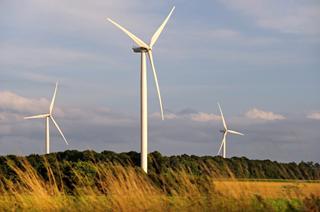 The milestone unit will be used at the 600MW Fantanele/Cogealac wind farm, Europe’s largest onshore wind project, the company announced at the CanWEA 2012 conference.

The firm has supplied 240 2.5MW series wind turbines for phases one and two of the project in Dobrogea, Romania.

CEZ Romania COO Martin Zmelik said: "This technology is proven in applications worldwide and offers the efficiency, reliability and output necessary to make the CEZ Wind Farms in Fantanele/Cogealac a successful and profitable endeavor."

"This is a very important project, helping Romania reach its EU commitment to increase the amount of renewable sources, including wind, in the country’s energy mix."

In 2005, GE shipped its first 2.5MW series wind turbines in Germany for the Okeler Bruch and Herzfelde projects.

GE wind turbines are also powering the 845MW Shepherds Flat wind farm in Oregon, which is capable of supplying clean electricity for 235,000 US households.