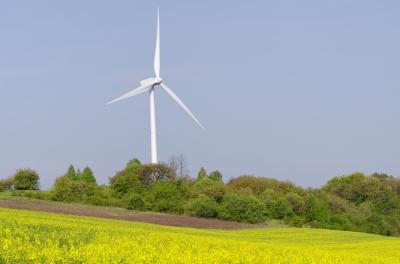 Goldwind USA has signed a $71m project financing deal for the 55MW first phase of the Penonome wind farm, located in the Province of Coclé, Panama.

The project has been sponsored by Goldwind International Holdings (HK) and Unión Eólica Panameña (UEP), represented by members of Goldwind Capital in Chicago and UEP in Panama, respectively.

BICSA general manager in Panama Daniel Gonzalez said: "The strong support from official sector, regional and international banks underscored the essential quality of this renewable energy project and the strength of the sponsor team, and we are proud to support the development of this new alternative energy source for Panama’s growing economy."

"The 220MW project, which is scheduled for completion in 2014, is claimed to become the largest wind energy project in both Panama and Central America."

The 220MW project, which is scheduled for completion in 2014, is claimed to become the largest wind energy project in both Panama and Central America.

Goldwind said the power generated from the wind farm will be supplied to utility Altenergy, a subsidiary of GDF Suez.

The ten-year construction and term facility has been funded through commitments from leading banks and a syndicate of local, regional and international lenders.

Goldwind, which has won recent awards in Chile and Ecuador, has deployed more than 12GW of PMDD turbines globally as of 2012.