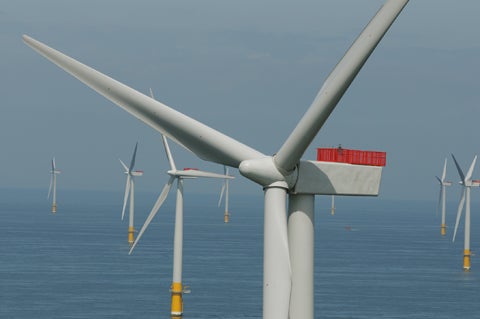 The licence will enable Greater Gabbard OFTO to own and operate the transmission link to the 500MW offshore wind power project.

The transmission project, which is the first OFTO project to be funded through capital markets, is claimed to be the first UK project to make use of the EIB Project Bond Credit Enhancement (PBCE) product.

The PBCE product, which reduces the investment risk, enables infrastructure projects including the Greater Gabbard OFTO to attract additional private finance from institutional investors, such as insurance companies and pensions funds.

Ofgem E-Serve managing director Robert Hull said the deal offers further evidence of the benefits to consumers of opening up the offshore transmission market to competition.

Hull said: "We are delighted our tender has enabled the first project in the UK to utilise the EIB's PBCE product, confirming the OFTO regime's status as an established infrastructure asset class.

"The offshore regime has now secured more than £1.4bn of investment to date, leading to benefits to consumers through the competitive regime."

Earlier in 2008, Siemens Energy was awarded a €800m contract to supply wind turbinesm along with a five-year service and warranty agreement.