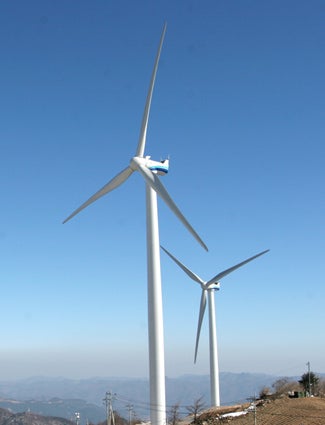 The company said its 2MW turbines, which feature ‘reliable’ performance with ‘proven’ technology, are expected to be delivered in July 2013.

HHI will be responsible for supervision and commissioning of the installation, as well as long-term maintenance, for which a service agreement is expected to be signed shortly.

After completion in November 2013, the Yeongam Wind Farm will generate enough clean electricity to power nearly 30,000 households in the region per year.

HHI is also planning to install a 5.5MW prototype offshore wind turbine northwest off the coast of Jeju Island, by the end of 2013.

The company has already installed wind turbines with a combined total of 24MW in Taebaek Wind Farm and Changjuk Wind Farm in Gangwon-do, South Korea.

In a separate release, France-based Alstom said it will supply a grid connection to the DolWin offshore wind farm in the North Sea, as part of an order worth around £125m.