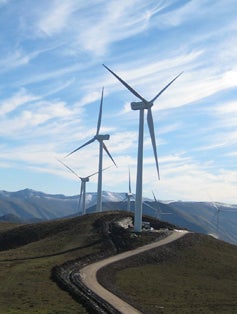 Iberdrola’s engineering subsidiary built and commissioned the wind power facilities, while Gamesa supplied the wind turbines, which stand at 67m-high with a rotor diameter of 80m.

Located between the towns of Castropol and Boal, the 38MW El Candal facility features 19 wind turbines.

The 36MW El Segregal facility is located in Villayón and features 18 wind turbines.

The combined capacity of the two facilities will be enough to power around 25,000 homes in Asturias.

Iberdrola said the electricity produced by both wind farms will help avoid the release of nearly 100,000 tonnes of CO2 emissions into the atmosphere each year.

Earlier this year, Iberdrola commissioned three wind farms, which include the Manzana, Groton and Hoosac, in California, New Hampshire and Florida respectively.