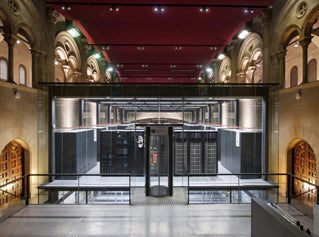 Iberdrola and Barcelona Supercomputing Center and el Centro Nacional de Supercomputación (BSC-CNS) have joined forces to develop a new computer model to improve estimates of electrical energy production in wind farms prior to their construction.

Iberdrola said the project will improve the design of new wind farms by selecting the most suitable locations to install wind turbines and will also reduce the level of uncertainty.

The initial stage of work is already being tested, but the project can be applied in both future onshore and offshore wind farms.

"The initial stage of work is already being tested, but the project can be applied in both future onshore and offshore wind farms."

Current models have a significant limitation in their calculation times, but Iberdrola claims the project will eliminate the problem by using supercomputing techniques.

Both the development of the project and its subsequent application will take place at BCS’ facilities.

Iberdrola is currently developing R&D&I projects in both onshore and offshore wind power sectors, as well as in wave, tide, biomass and biogas power.

In 2003, Iberdrola established the renewable energy operation centre (CORE) in Toledo to control and operate all the renewable facilities within a single company.

The company then developed the Meteoflow project, which forecasts daily wind farm production.

Image: The Sedar Project will use software run by MareNostrum supercomputer. Photo: courtesy of Iberdrola.