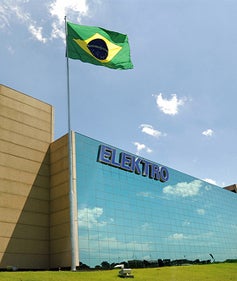 Elektro Eletricidade e Servicos, a subsidiary of Iberdrola, has secured a €115m loan from the European Investment Bank (EIB) to upgrade and enhance its electricity distribution networks in the Brazilian states of Sao Paulo and Mato Grosso do Sul.

The loan will support Elektro’s investment programme, which includes the construction of a number of facilities with a different range of voltages during the 2012-2013 period.

The main aim of the programme is to expand and improve the company’s distribution infrastructure to enhance electricity supply and meet the demands of consumers and producers.

In November 2011, Iberdrola secured a €200m loan from the EIB to upgrade its electricity distribution network in Spain.

The company has also secured loans from EIB to enhance its energy network in the UK.

In March 2013, Iberdrola and Neoenergia constructed the Mel II, Caetite II and Caetite III wind farms in Brazil, with a combined capacity of 80MW.

Located in the state of Rio Grande Do Norte, Mel II has a 20MW capacity and features 10 Gamesa G90 wind turbines.

The Caetité II and Caetité III facilities are located in the state of Bahía and have a capacity of 30MW. They feature 15 Gamesa G90 wind turbines.

Image: Elektro supplies electricity to 223 towns and cities in the state of São Paulo. Photo: Courtesy of Iberdrola.