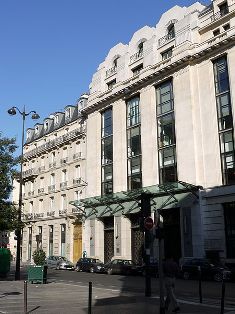 The government of India has given approval to build six nuclear reactors at Jaitapur, Maharashtra in partnership with France-based Areva.

Minister of state in PMO V Narayanasamy told the Rajya Sabha that work on two 1,650MW units will begin in the current Plan period.

"The government has accorded in-principle approval for locating six units of Light Water Reactors each of 1,650MW capacity at Jaitapur in technical co-operation with France," said Narayanasamy.

In December 2010, Areva signed major agreements with Indian officials for the construction of two EPR reactors, the first of a series of six at Jaitapur, and for the supply of fuel for 25 years.

A memorandum of understanding had been signed between Areva and Nuclear Power Corporation of India (NPCIL) in 2009 for a partnership in nuclear power generation in order to build reactors at Jaitapur.

Environmental group Greenpeace India is against the construction of nuclear reactors, arguing on its website that the "safety and reliability of the technology is highly questionable."

But Narayanasamy insists there will be no threat to local communities.

"There is neither displacement of people at the site nor any requirement of resettlement of any person," he said.

"Construction work is going on in three such plants in Finland, three in France and two in China. We are going to build the power plant on that technology," Narayanaswamy added.

India has 20 nuclear reactors across the country, of which 19 are currently in operation.