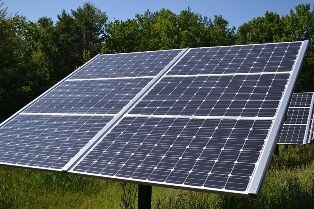 Kyocera Solar, a subsidiary of Japan-based electronics manufacturer Kyocera, will supply 30MW of solar modules for a utility-scale solar power plant in the town of Shiranuka in Shiranuka County, Hokkaido, Japan.

The company will provide approximately 135,000 units of solar modules for the project, which will be designed and built by Yonden Engineering.

A renewable energy subsidiary of Eurus Energy Group will operate the project.

The planned solar power plant is anticipated to produce enough energy to power 9,600 typical households annually in the region, off-setting 11,000t of carbon dioxide each year.

Since a feed-in-tariff was introduced in Japan in July 2012, the number of large-scale solar power plant projects have been on the increase in the nation. The domestic solar market is expected to double this year, compared to the previous fiscal year.

Image: Around 135,000 solar panels will be supplied by Kyocera to a project which will be constructed by Yonden Engineering in Japan. Photo: courtesy of Wikipedia.