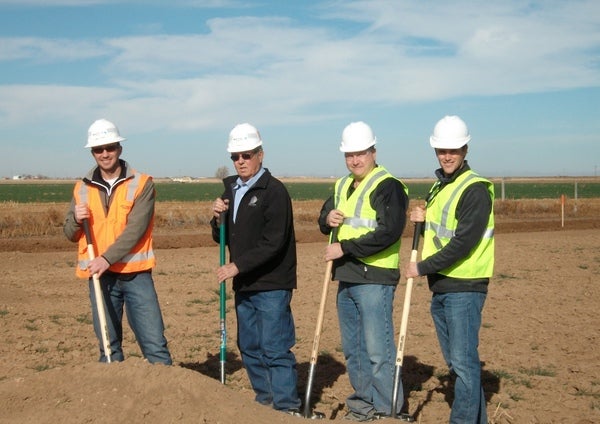 Located in a Competitive Renewable Energy Zone (CREZ), 50 miles south-west of Amarillo, the plant is the second phase of the major 500MW Hereford wind project in Texas.

Spanning across approximately 15,000 acres in Deaf Smith county south-east of the town of Hereford, the project will take advantage of the CREZ transmission lines connecting the wind capacity of the Texas Panhandle to areas with high electricity demand in the state.

Lincoln Renewable Energy vice-president of development Philip Moore said the start of construction of the Hereford 2 project marks the continuation of a very successful year for the company.

"To date we have commenced construction on 30MW of solar and 500MW of wind power projects in California and Texas," said Moore.

In July 2013, EDF Renewable Energy, the US unit of Electricite de France, acquired the first phase (200MW) of the project and also had an option to acquire the second phase from the developer Lincoln Renewable Energy.

In September 2013, General Electric Company (GE) was awarded the contract to supply 1.85MW wind turbines for the first phase of the project. EDF Renewable Energy has secured a long-term hedge on the first phase.

"The project will qualify for the federal production tax credits, which was extended by the US Congress by one year in January 2013."

As the developer has started the construction prior to 1 January 2014, the project will qualify for the federal production tax credits (PTCs), which was extended by the US Congress by one year in January 2013.

Lincoln Renewable Energy partnered with Higher Power Energy on both phases of the Hereford projects, the construction of which is estimated to cost more than $750m.

COWI North America Energy has been awarded the contract to assist Higher Power Energy with the erection of three 60m meteorological towers at the project site in Hereford.

COWI was responsible for monitoring the tower's installation, configuring the data loggers and providing the detailed installation and tower sensor configuration reports.