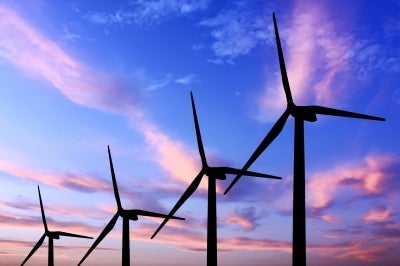 MidAmerican Energy announced that it will add an additional 1,050MW of wind energy in Iowa by the end of 2015, after the company secured approval from Iowa Utilities Board.

The wind farms will be located in Grundy, Madison, Marshall, O’Brien and Webster counties, while the company has already secured development and interconnection rights for the wind farm sites.

Construction is likely to begin in September 2013, and all projects are scheduled for completion before the end of 2015.

The wind farm development is expected to increase economic development and provide in excess of $360m in additional property tax revenues for the next 30 years.

MidAmerican said around 460 jobs will be created during the construction phase and nearly 50 new permanent jobs will be added when the expansion is complete.

"Construction is likely to begin in September 2013, and all projects are scheduled for completion before the end of 2015."

On 8 May 2013, the company has announced its plans to invest nearly $1.9bn to expand its wind generation fleet in Iowa.
The expansion is planned to be built at no net cost to the company’s customers and will help stabilise electric rates for the long term by providing a rate reduction totalling $10m a year by 2017, commencing with a $3.3m reduction in 2015.

The rate reduction will begin after MidAmerican Energy installs the first 350MW of generation capacity.

MidAmerican Energy president and CEO Bill Fehrman said: "The best way to meet our customers’ energy needs is to provide reliable, affordable and environmentally-responsible energy through a diversified generation portfolio.

"The wind expansion will help stabilise electric rates for the long term for our customers and also demonstrates MidAmerican Energy’s commitment to lessen the environmental impact created by the process of electrical generation."

MidAmerican Energy began building wind projects in 2004 and to date has installed 1,267 wind turbines in Iowa.

Image: MidAmerican expects to complete the wind farms expansion before the end of 2015. Photo: courtesy of Freedigitalphotos.