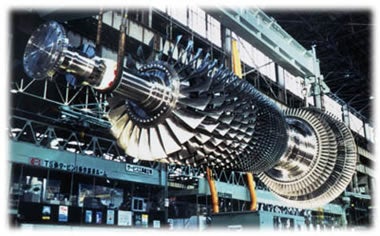 Mitsubishi Heavy Industries (MHI) has won a contract from Daewoo International to supply two sets of an M701F4 gas turbine and generator for the Talimarjan power plant expansion project in Qashqadaryo Province, Uzbekistan.

The MHI sets will be installed at the two GTCC power plants. MHI and Mitsubishi Electric will provide gas turbines and generators, while Hyundai Engineering & Construction has been selected as the engineering, procurement and construction contractor for the project.

Once operational, the expansion project is likely to increase thermal power generation from 4.6 billion kWh to 10.4 billion kWh.

"The expansion project is likely to increase thermal power generation from 4.6 billion kWh to 10.4 billion kWh."

The expansion project is being financed by the Japanese International Cooperation Agency ($300m), the Asian Development Bank ($350m) and the Uzbekistan Fund for Reconstruction and Development ($250m).