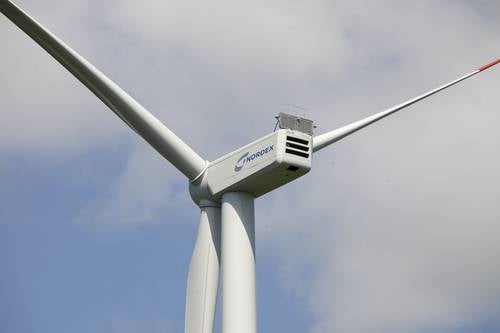 The company, which launched the Generation Delta turbines in February 2013, already installed the first three next-generation turbines in Germany and Denmark.

TUV Nord reviewed the design of all the Nordex’s turbine configurations in all tower, climate and frequency versions as part of type certification.

The N100/3300 (IEC1) strong-wind turbine has received certificates for hub heights of 75m and 100m, while all turbines have been awarded DIBt type approval for the German market.

"As part of the certification process, Nordex worked with key suppliers to test numerous components fitted to the Generation Delta turbines in test stands."

As part of the certification process, Nordex worked with key suppliers to test numerous components fitted to the Generation Delta turbines in test stands.

This included tests on the generator/converter system, the gearbox and static testing of the rotor blades.

In addition to this, the dynamic rotor blade testing, which simulates fatigue loads across a 20-year operating period, has been completed for the N100/3300.

Nordex is planning to begin series production of Generation Delta at the beginning of 2014.

The first major project under contract, encompassing 24 cold-climate versions of the N117/3000 turbine plus an anti-icing system, is to be installed in northern Sweden in late 2014.