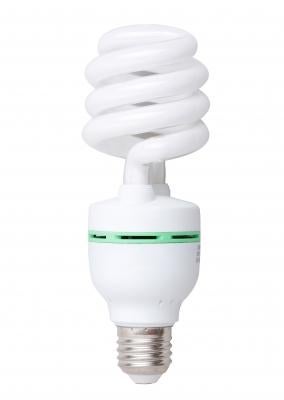 E.ON has agreed to pay a £3m package to Ofgem for its inaccurate reporting regarding the distribution of energy-saving light bulbs in the UK.

Ofgem fined E.ON £500,000 and the company will have to pay £2.5m to some of its customers for breaching reporting obligations under the government’s Carbon Emissions Reduction Target (CERT) programme.

The settlement will mean that approximately 18,500 extra customers will receive £135 to help with their 2013/14 winter bills.

E.ON said it distributed around 3.4 million free energy-saving light bulbs in the UK in 2010.

However, Ofgem’s investigation found that the reported distribution figure was inaccurate and included some light bulbs that went on sale in stores in the Republic of Ireland, rather than being distributed for free in the UK.

The regulator said E.ON could not provide appropriate evidence that the company had actually distributed, while the total amount inaccurately reported was equivalent to 1% of the company’s total CERT obligations.

Ofgem senior partner in charge of enforcement Sarah Harrison said the settlement means that £2.5m of additional help will go to some of E.ON’s most vulnerable customers.

"The settlement will mean that approximately 18,500 extra customers will receive £135 to help with their 2013/14 winter bills."

"The settlement reflects E.ON’s cooperation with Ofgem’s investigation, as well as the company’s willingness to make up its shortfall for the CERT scheme", Harrison said. "Without E.ON’s constructive engagement, the level of fine would have been much higher."

E.ON UK chief executive Tony Cocker apologised for the mistakes that were made in 2010 and said the company’s measures should have been stronger.

"It was important to us that, as part of putting this right, customers in fuel poverty or in a fuel poverty at risk group should receive a portion of the penalty we faced in the form of the additional payments we are making," Cocker said. "We’re pleased that Ofgem agreed and has allowed us to do so."

Image: E.ON said it had distributed around 3.4 million free energy-saving light bulbs in the UK in 2010. Photo: courtesy of FreeDigitalPhotos.net.