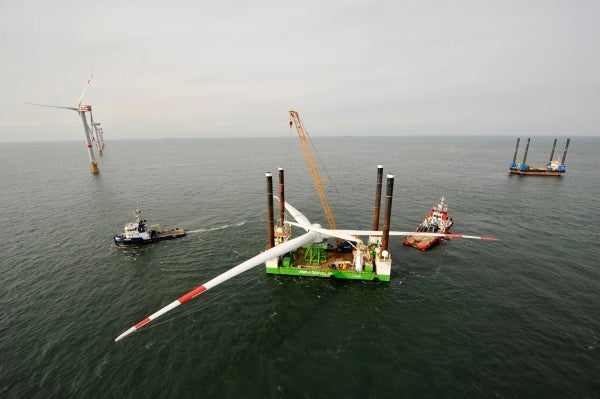 The project was developed by C-Power, which is owned by four Belgian investors, while RWE Innogy and EDF EN are among its shareholders.

Located in the North Sea, approximately 30km off of the Belgian coast, the wind farm features 48 REpower 6M turbines, which each have a rated power of 6.15MW.

After completion, the wind farm will generate around 1,000GWh of electricity, enough to meet the power needs of approximately 600,000 Belgian households.

The wind farm will also offset around 450,000t of carbon dioxide emissions each year.

Thornton Bank offshore wind farm was constructed in three phases with a total development cost of around €1.3bn.

"The wind farm will generate around 1,000GWh of electricity, enough to meet the power needs of approximately 600,000 Belgian households."

The first phase started commercial operations in June 2009, while installation of 30 turbines was completed in the second phase in July 2012, and the third phase included installation of 18 turbines.

REpower said companies from Belgium, Germany, France, the Netherlands, Denmark and Sweden are involved in Thornton Bank, making the wind farm a showcase project for the European offshore wind industry.

Image: Thornton Bank offshore wind farm is located in the North Sea, about 30km off of the Belgian coast. Photo: courtesy of REpower Systems.