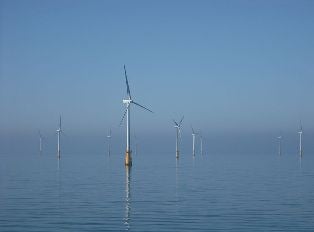 The government plans to consult upon and introduce a new band for "innovative offshore wind deployment" in deep waters.

Ewing told the Scottish Parliament: "Scotland has huge offshore wind potential, but a lot of that resource is in far greater water depths than elsewhere in the UK, which is challenging and costly to exploit."

Onshore wind, however, will see a 10% reduction in support levels and the band will remain at this level until 2017 unless new evidence on costs emerges.

"Onshore wind is already leading the way for renewable energy, and has helped us make the case for the grid upgrades which will be so important as we move forward to offshore wind, wave and tidal.

"The announced cut in support recognises the success and reduced costs this sector is enjoying," said Ewing.

Support for wood-fuelled biomass stations with a total installed capacity greater than 10MW, which don’t capture and use the heat produced, will be removed by 2013.

This will not apply to stations which already had planning permission before the consulation was published.

"The results of the Renewable Obligation review I am announcing today are vital to continued investment in renewables generation across Scotland, and will enhance still further our competitive advantage in this area," Ewing added.

"Over the last decade the Renewables Obligation has helped to almost triple renewable output in Scotland, and attract around £2.8 billion of investment since 2009, according to industry figures."

Support for hydro generation will remain at one renewable obligation certificate per MWh, unlike 0.7 proposed in the rest of the UK.