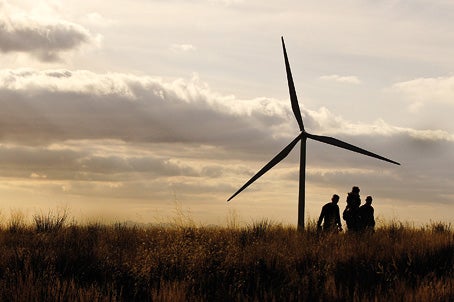 The Scottish government has approved ScottishPower Renewables’ (SPR) plans to build the 288MW Kilgallioch wind farm, which will be located south of Barrhill in Scotland.

After receiving planning consent, SPR will start construction works at the project in late 2014 or early 2015, and is expected to complete the work within 24 months.

The wind power project, which will feature 96 turbines, is anticipated to meet the annual electricity demand of over 170,000 households in the region.

SPR said that nearly 250 construction jobs will be created for the project, which will be carried out at a total investment of over £400m.

"Between 2012 and 2014 we are investing a further £1.3bn in renewables in the UK and projects like Kilgallioch are evidence of our commitment to major renewable energy projects."

SPR CEO Keith Anderson stated that the Kilgallioch project will contribute towards carbon reduction targets of both Scotland and the UK.

"It represents a major investment in new electricity generation in Scotland, and will sustain hundreds of jobs during construction, helping to boost the local and regional economy in south-west Scotland," added Anderson.

"Prior to the construction work starting, we will look to engage with local businesses and suppliers, to see how we can get them involved in the project.

"We are delighted to receive this consent in recognition of all the hard work, effort and consultation that we have carried out to develop our plans for a large-scale windfarm in a responsible manner."

SPR currently manages over 1,200MW of wind power projects in the UK, and has invested more than £1bn in the technology in the last decade.

"Between 2012 and 2014 we are investing a further £1.3bn in renewables in the UK and projects like Kilgallioch are evidence of our commitment to major renewable energy projects," Anderson noted.

From 25 to 31 January 2013, the company’s 28 operational onshore wind farms generated over 135GWh of electricity, enough to power 1.6 million homes.

Image: The 288MW Kilgallioch wind farm in Scotland will generate enough electricity to meet the demands of over 170,000 homes in the region. Photo courtesy of ScottishPower.