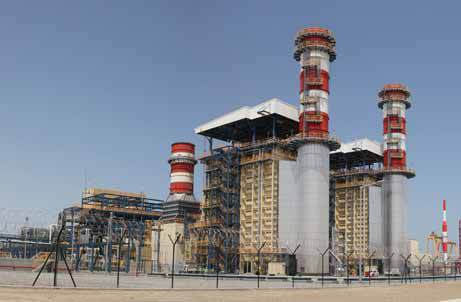 Both the plants originally went into simple-cycle operation in 2012, to meet Oman's increasing demand for electricity, before being put into commercial operation in combined-cycle mode in April 2013.

Sohar 2 was built in the Sohar industrial park, which is around 200km north-west of the nation's capital, Muscat, while Barka 3 was constructed in the adjacent area of Muscat.

GS E&C supplied the heat recovery steam generators and was responsible for the civil construction work, electrical transformers and ancillary systems, as well as equipment installation.

The plants are owned by a consortium of GDF Suez, Multitech, part of Suhail Bahwan, Sojitz, Shikoku Electric Power and the Public Authority for Social Insurance (PASI) of Oman, through the Al Batinah Power Company and the Al Suwadi Power Company.

Maintenance Oman will operate both the plants.

The electricity generated from both the plants will be sold to Oman Power and Water Procurement Company (OPWP) in two 15-year power purchase contracts.