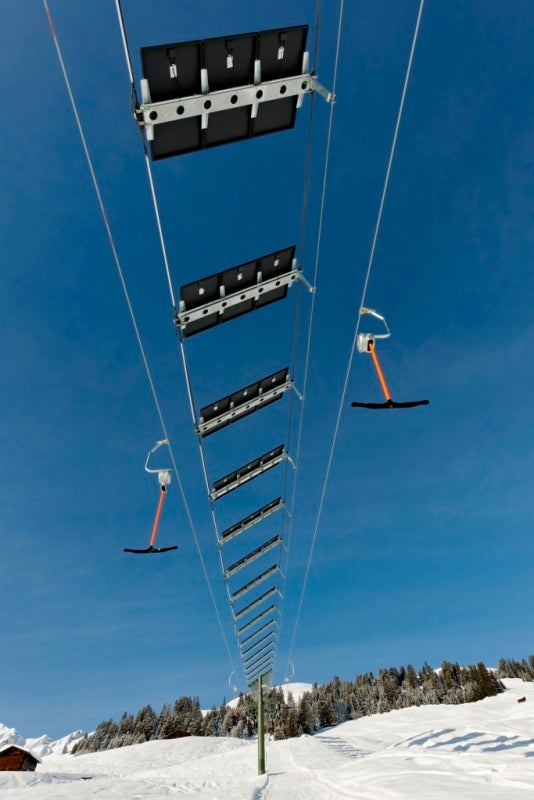 Siemens has provided technology to power the world’s first solar ski lift located in the town of Tenna, Grisons, Switzerland.

The completed lift now features 82 photovoltaic modules which are installed in a wing-shaped pattern between two ropes above the lift chairs.

Modules on the ski lift automatically rotate to track the position of the sun and tilt to remove snow build-up; in addition the solar wings offer skiers a heated seat.

The solar wing system will produce about 90,000 kWh of power per year, with two-thirds to be fed back into grid using Sinvert PVM string inverters.

An IM 151-3 interface module from the ET 200S distributed peripherals range will be used to exchange of data between the lift’s mountain and valley stations.

A Simatic Touch Panel is used to operate the entire ski lift system which has been operational since late 2011.

Image: The solar wing system will produce about 90,000 kWh of power annually. Photo: courtesy of Siemens.