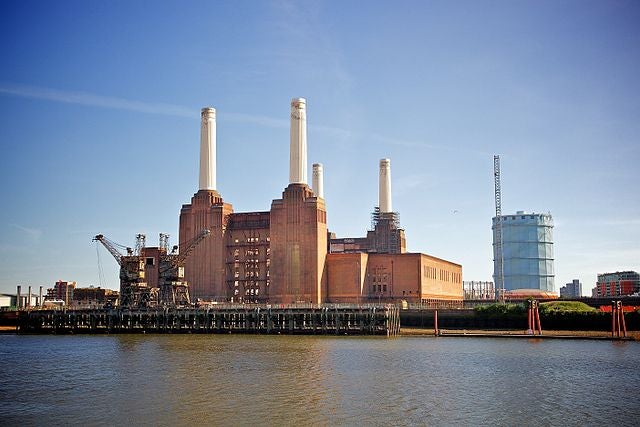 The deal, which marks SP Setia’s first foray into Europe, will see the consortium redevelop the site into homes, offices and shops, reports Reuters.

In June 2012, an exclusivity agreement on the 15-hectare site was received by the consortium, which also includes Sime Darby Bhd and the Employees’ Pension Fund of Malaysia. Due diligence has since been carried by the consortium.

The site, which includes the brick power station with four white chimneys dominating the south bank of the Thames, will be restored and redeveloped as part of the building plan which will see the building retainin its four distinctive chimneys.

Plans were submitted by a number of bidders, including Chelsea Football Club owned by Russian billionaire Roman Abramovich, last month to buy the site.

The Battersea Power station has not been in operation for three decades.

Image: The four white chimneys at the Battersea Power Station will be retained by the developer. Photo: courtesy of Aurelien Guichard.