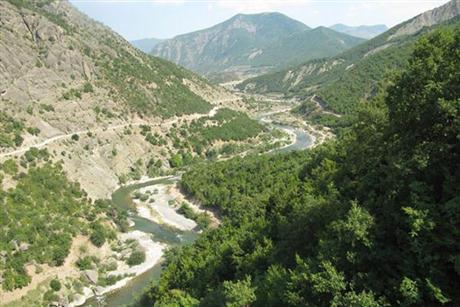 The project will feature three hydropower plants in the valley of Devoll, about 70km south-east of capital Tirana.

Statkraft is initially planning to build two hydropower plants, Banjë and Moglicë, with a combined capacity of 243MW and an annual production of about 700GWh.

The three power plants are expected to generate about 800GWh of energy per year, increasing Albania’s electricity production by about 20%.

The plants will utilise a head of 555m in the Devoll River, between 650m and 95m above sea level.

The three power plants are expected to generate about 800GWh of energy per year, increasing Albania’s electricity production by about 20%.

Statkraft said the investment frame for the two first plants will be around €535m and the tendering process for the main contract is in the final stage.

The main construction work is planned to start in October 2013, while the plants are anticipated to be completed in 2016 and 2018, respectively.

The investment decision for the third power plant will be considered on completion of the first two plants.

Project development firm Devoll Hydropower has been fully-owned by Statkraft since the company acquired Austrian energy firm EVN’s 50% stake in it, earlier this year.

"This construction project secures both renewable energy and development in Albania, and underpins our position as Europe’s largest producer of renewable energy," Andresen added.