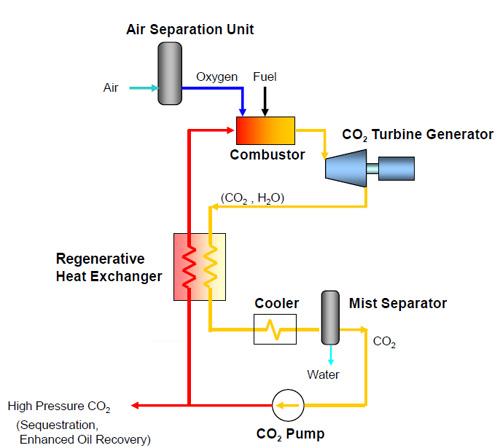 Toshiba has entered an agreement with NET Power, Shaw Group and Exelon to develop a next-generation thermal power system that demonstrates a low-cost, high-efficiency power generation cycle that produces little to no air emissions.

NET Power is the owner and initial developer of the NET Power system, which can produce a supercritical pressured carbon dioxide (CO2) stream to drive a turbine generator.

The system can offset emissions of nitrogen oxides by burning a mixture of natural gas with oxygen instead of nitrogen-rich air. It separates and collects pressurised CO2, without adding on a carbon capture system. The CO2 can later be used for enhanced oil recovery process.

The four companies intend to commission a 25MW natural gas plant by 2014 and a 250MW full-scale natural gas commercial plant by 2017, which will be equipped with NET Power's high efficiency power generation cycle system.

Using its material, combustion and cooling technology Toshiba will develop the system's high-temperature and high-pressure turbine and combustor, the key equipment of thermal power plants.

Exelon will be responsible for the development and operations of the 25MW plant including site selection, obtaining permits and commissioning the facility, while NET Power and Shaw will undertake overall plant engineering work.

The four companies plan to achieve early verification of the system which will be sold globally by Toshiba.