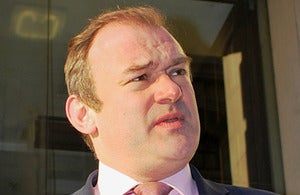 The UK’s Department of Energy and Climate Change (DECC) has amended the Energy Bill in a bid to offer a better deal to consumers on their energy bills and decorbonise the power sector by 2030.

Tabled in line with Prime Minister David Cameron’s commitment to provide the cheapest tariff available to the customers, the new clauses are expected to control the complexity and numerous energy tariffs, as well as simplifying bills.

UK Secretary of State for Energy and Climate Change Ed Davey said he was determined to ensure that the best possible cheapest tariff was offered to consumers.

"We will amend the Energy Bill to reduce the bamboozling array of tariffs available on the market and to simplify bills, whilst continuing to work with Ofgem to deliver a simpler, more competitive market," Davey said.

The measures were put forward by the government today as the bill faces its latest committee stage hearing.

"We will amend the Energy Bill to reduce the bamboozling array of tariffs available on the market and to simplify bills."

The next government will decide on whether to introduce a decarbonisation target in 2016, after the Committee on Climate Change has provided its advice on the wider fifth carbon budget that will cover the period through to 2030.

"We will also take powers to set a decarbonisation target range for the power sector in 2016, which will provide a clear signal to industry and investors that we are serious about moving to low-carbon economy", said Davey while commenting on the amendments.

More than 100 businesses have called on the UK Government to include a decarbonisation target in the Energy Bill, but the coalition is trying to postpone a decision on whether the target should be inacted.

Alstom UK president Steve Burgin agreed and said in November: "While being an important first step, we believe we need to get on with setting the actual figure.Leaving it until 2016 presents the risk of reducing both the scale and pace of much needed long-term investments."

Image: UK energy secretary Ed Davey said he was determined to ensure that consumers get the cheapest tariff possible. Photo: courtesy of GOV.UK.