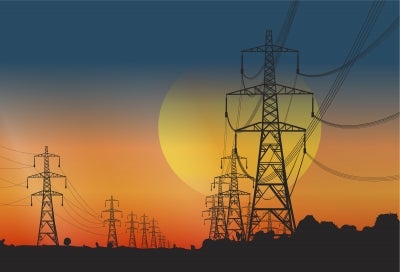 The UK's Committee on Climate Change (CCC) has called for fresh electricity reforms seeking industry players to focus on investing in low-carbon technologies through the 2020s instead of gas-fired generation.

In a new report entitled 'Next steps on Electricity Market Reform', the committee says that investment in a portfolio of low-carbon technologies could save consumers up to £45bn, rising to £100bn with higher gas and carbon prices.

The report has warned that investment in gas-fired generation could abandon attempts to limit risks of dangerous climate change, as well as lock out the much higher benefits from portfolio investments in low-carbon technologies.

Considering the possible impacts of shale gas on the gas price, the committee notes that proper environmental safeguarding regulations should be in place to allow shale gas play a role in the gas mix to help balance intermittent power generation, and meet demand for heat.

Commenting on the report, CCC chairman Lord Deben said the report makes it evident that there are significant benefits and very limited risks from investing in low-carbon technologies, and also highlights the potential of shale gas.

CCC chairman Lord Deben said the report makes it evident that there are significant benefits and very limited risks from investing in low-carbon technologies, and also highlights the potential of shale gas.

"It shows that the cost-effective route to the 2050 target involves investment in a portfolio of low-carbon technologies in the 2020s. However, in order to secure maximum economic benefit for the UK, it is crucial that the government gives certainty to investors by legislating to chart a clear course well beyond 2020," Deben added.

"Only then will we be able to ensure against the risk of much higher future energy prices; enhance Britain's energy sovereignty; and protect ourselves against dangerous climate change."

Citing uncertainty and the unfavourable investment conditions in the power sector and its supply chains, the committee urged the UK government to make way for the low-carbon technology investments, which would only add around £20 to the typical annual household bill in 2030 compared to 2020.

In order to boost investor confidence in the power sector, the committee, through its report, has recommended several measures such as setting a target under the Energy Bill to drastically decrease the power generation's carbon intensity from the present 500gCO2/kWh to 50 gCO2/kWh by 2030.

Recommendations also include extension of funding allocated to develop less mature technologies such as offshore wind to 2030; the commercialisation of carbon capture and storage (CCS); and the provision of options to support mobilisation of new sources of finance.

CCC also called on the government to publish the prices it proposes to pay for onshore and offshore wind generation in the Electricity Market Reform delivery plan.

Responding to the report, a Department of Energy and Climate Change spokesperson said: "This July, we will set out the strike prices we will offer investors within our Electricity Market Reform delivery plan, and prior to this will consult with a range of interested parties, as well as considering the CCC's recommendations."

Image: CCC's report urges the UK Government to make commitments that would support investment in a portfolio of low-carbon technologies. Photo: Courtesy of freedigitalphotos.net