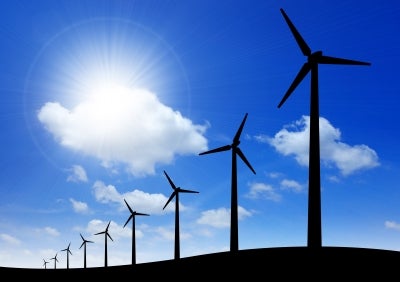 The UK Government has today released a draft Energy Bill designed to attract £110bn in investment in new nuclear and renewable projects.

Energy ministers argue that without the reforms proposed in the bill, the UK will experience blackouts, as existing power generating capacity comes offline and demand for electricity grows.

The bill includes incentives to encourage investment in clean energy and mechanisms such as an Emissions Performance Standard, which will provide a regulatory backstop to prevent the construction of coal plants which emit more than 450g/kWh.

A 'capacity market' will be established to keep the lights on by ensuring there is sufficient reliable capacity to meet demand, the bill states.

The bill places the interim Office for Nuclear Regulation (ONR) as the body to regulate the safety and security of the next generation of nuclear power plants.

The government is depending on nuclear to fill the widening energy gap and reduce carbon emissions.

But, with the recent announcement that E.ON and RWE npower have pulled out of their joint venture to build new reactors in the Wales and Gloucestershire, the UK nuclear programme could be in trouble.

There are also concerns that the reforms will result in significantly higher energy bills for consumers, but ministers insist the proposals will reduce the amount these bills will increase.

Secretary of State, Edward Davey, said: "Leaving the electricity market as it is would not be in the national interest. If we don't secure investment in our energy infrastructure, we could see the lights going out, consumers hit by spiralling energy prices and dangerous climate change.

"The reforms will also be better for the economy, leaving us less vulnerable to rising global energy prices and supporting as many as 250,000 jobs in the energy sector."

The CBI today welcomed the draft bill but warned there is a pressing need for a detailed picture of how the electricity market will look in the future.

CBI deputy director generalm, Dr Neil Bentley, said: "While it is reassuring to see some progress on the Energy Bill, it's now important that Parliament not only gets it right, but does so as a matter of urgency.

"The clock is ticking to create the market certainty that will unlock billions of pounds of private sector investment, generating many new jobs across the UK, and securing an affordable supply of energy

"We are still some way from having a detailed picture of how the electricity market will look in the future. With major investors waiting in the wings, these details are needed as soon as possible."

The Institution of Engineering & Technology (IET) responded to the bill by saying the government needs to do more to encourage the reduction of electricity usage.

Robert Sansom of the IET, said: "We are surprised that no reference is made to demand in the announcement made today. Support for low carbon generation will inevitably result in higher prices for consumers, but these price increases can be offset by improvements in energy efficiency, thereby reducing energy consumption.

"In addition demand has a crucial role to play in reducing the amount of capacity required. The reforms to the electricity market must recognise this role and ensure incentives are available to reward customers accordingly."

Image: The UK is depending on renewable energy to keep the lights on. Photo: courtesy of FreeDigitalPhotos.net