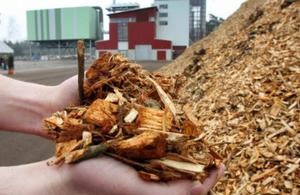 The Department of Energy and Climate Change (DECC) has proposed new tariff levels for a Renewable Heat Incentive (RHI) scheme, which would result in higher levels of support for ground source heat pumps, large biomass boilers and solar thermal installations.

Office blocks, factories and community centres could be among a number of buildings across the UK to benefit from more cash for renewable heat under the new proposals.

Solar thermal kit of 200kW in capacity would rise from 9.2 pence a kilowatt hour to as much as 11.3 pence.

The consultation, which will last until 28 June, outlines plans to cut tariffs for medium commercial biomass of 200kw to 1MW by 5% from 1 July.

But the consultation, which will last until 28 June, outlines plans to cut tariffs for medium commercial biomass of 200kw to 1MW by 5% from 1 July.

Renewable Energy Association head of policy Paul Thompson said with the RHI massively under-performing, it’s "deeply frustrating" that the government is about to cut the one technology that is actually delivering.

"This can only undermine confidence in the biomass heat sector, with serious knock-on effects for other renewables," Thompson added.

"There’s no suggestion that biomass tariffs are too high – it’s just that the real world deployment has not matched DECC’s model. They should make their model fit reality rather than the other way round."

UK Energy and Climate Change Minister Greg Barker said more than 1,300 renewable heat technologies have already been installed under the RHI scheme and are generating cash for the heat they produce.

"The Renewable Heat Incentive has been running for nearly 18 months, so now is a timely moment to look again at the tariffs," Barker added.

"We need to make sure they are set at the right level to continue bringing forward investment and growth and at the same time keep costs to the taxpayer to a minimum."

Image: Tariffs for the medium commercial biomass will be reduced by 5% from 1 July 2013 under the proposed changes. Photo: Courtesy of the UK Government.