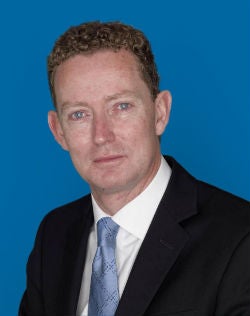 The UK government has filed an amendment to the energy bill designed to improve independent renewable energy generators’ access to the electricity market and make it easier for them to sell power to their suppliers.

The new amendment would allow the government to provide a back-stop solution, which will oblige suppliers to buy electricity from renewable generators under specified conditions, if they were unable to agree on a commercial contract.

The Department of Energy and Climate Change (DECC) said that the back-stop solution will be used as a last resort, to strengthen routes to market and stimulate competition.

UK Energy Minister Greg Barker said the new reforms will create the framework for a new entrepreneurial market and ensure that the government gets the large-scale investment that industry needs.

"Opening up the electricity market to more competition is a fundamental part of the reforms we are introducing through the energy bill," Barker said.

"It will also allow new smaller players to gain a greater share of the exciting renewable electricity market."

The move is intended to reduce the dominance of the big six energy companies, which have been reported to supply around 95% of the market.

"Opening up the electricity market to more competition is a fundamental part of the reforms we are introducing through the energy bill."

DECC said detailed proposals for the off-taker mechanism will be developed and consulted by the end of 2013.

Hartnell said: "It may reassure debt lenders that they won’t lose their shirts if the project can’t find a buyer for the power, but it won’t be a comfort to equity investors. They take more risk, and will need confidence that projects will earn the strike price."

"They will need long-term power purchase contracts up front, not merely reassurance that someone will step in if all else fails."

Hartnell noted that there is also a risk that this might just set a floor to the market, to which all contracts gravitate, and be used for all financial modelling of projects.

"Strike prices may then need to be higher, and so the end result could be that the discount will end up as a cost to the consumer and a contribution to profit for the supply companies," Hartnell added.