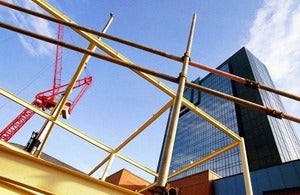 The UK Government has unveiled new changes for building energy efficiency standards as part of its plans to cut carbon emissions, tackle climate change and make all new homes zero carbon from 2016.

New energy standards to Part L of the building regulations will cut £200 from typical new homes’ fuel bills and £60k from large businesses, compared to build standards before 2010.

According to the measures, new build homes will have to be 6% more efficient than under current regulations, while non-domestic buildings must be 9% more efficient.

Buildings account for around half of the UK’s carbon emissions and the new measures are expected to save approximately 6.4 million tonnes of carbon dioxide.

The new measures are likely to come into effect in April 2014.

UK Communities Minister Don Foster said the new measures will ensure that anyone who buys a new home knows that it will be built in line with tough energy saving standards to drive down their fuel bills.

"Today’s measures mean businesses and householders will not only benefit from reduced energy bills but they will also know they are doing their bit to tackle climate change."

Image: The new measures are expected to save approximately 6.4 million tonnes of carbon dioxide. Photo: courtesy of the UK Government.