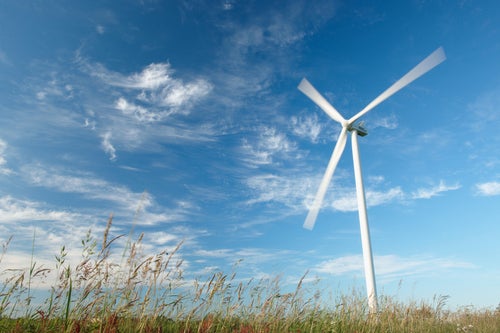 UK lawmakers have rejected an amendment to the Energy Bill, which may have introduced a decarbonisation target for the power sector by 2030.

During the debate that began on Tuesday, the amendment was voted down by 290 votes to 267 in the House of Commons.

The bill cleared its third reading yesterday and has now moved on to the House of Lords.

The amendment could have forced the power sector into tough carbon cuts from 2014, two years earlier than planned, and limited new gas plants being built after 2020.

Energy and Climate Change Committee chairman Tim Yeo, who tabled the amendment, said: "The Commons has missed an opportunity today to provide more clarity for investors on the future direction of energy policy."

The Energy Bill intends to stimulate £110bn in investment to cut carbon emissions.

Renewable Energy Association (REA) chief executive Gaynor Hartnell said the vote was disappointing, adding: "It makes an EU-level renewables target for 2030 even more important, something the ‘greenest government ever’ is also opposing in Europe.

"Failing to decarbonise our electricity supply industry will have long-term consequences both environmentally and economically," Hartnell said.

"Failing to decarbonise our electricity supply industry will have long-term consequences both environmentally and economically."

"The government’s own advisors, the Committee on Climate Change, state that relying on gas will only save the country money in a scenario of low gas prices, whereas switching to renewables would save the country £25 to 45 billion by the 2020s."

Reacting to the 396 for versus 8 against vote on the third reading of the bill, UK Secretary of State Edward Davey said: "The positive vote for the Energy Bill is one of the biggest majorities this government has seen."

"A clear message has been sent to investors that we are providing the security they need to work with us to revolutionise the energy sector and produce cleaner energy, keep the lights on and people’s bills down," Davey added.

In May 2013, the UK’s Committee on Climate Change (CCC) recommended the decrease of power generation’s carbon intensity from the present 500gCO2/kWh to 50 gCO2/kWh by 2030.

The CCC said the move will allow industry players to focus on investing in low-carbon technologies through the 2020s instead of gas-fired generation.