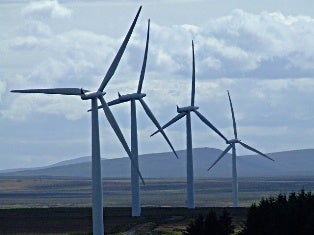 A survey by the Department of Energy and Climate Change (DECC) shows that public support for wind and marine energy remains "overwhelmingly high" in the UK.

Of the people surveyed, 77% supported the use of renewable energy to provide electricity, while only 4% opposed renewables.

The survey also revealed that 74% of people are concerned about UK’s dependence on other countries for energy, while 71% of people are worried that the UK is not investing in alternative energy sources.

RenewableUK chief executive, Maria McCaffery, said the public’s appetite for the development of renewable energy has been revealed in various independent opinion polls.

"The Government’s official poll is the latest piece of good news in a very large jigsaw – and it will serve to boost confidence in our sector even higher," McCaffery added.

"The proof is consistent and overwhelming – wind, wave and tidal power is being seen by the vast majority of the public as the way we will generate increasing amounts of clean energy from secure home grown sources."

In another release, Energy Secretary Edward Davey requested the wind industry to look at ways to maximise the rewards for local communities who host wind farms.

RenewableUK deputy chief executive, Maf Smith, said: "We welcome this call from DECC. Thousands of people around the UK are already seeing evidence of the economic benefits wind energy brings – wind farm owners donate at least £1,000 for every megawatt they install, to be spent on community projects – improving sports facilities, village halls and school libraries."

Image: The majority of Britons support the use of renewable energy. Photo: courtesy of Donald Bain.