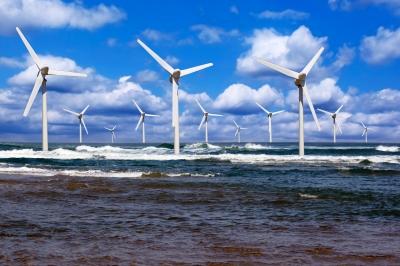 Electricity generated from renewable energy sources in the UK rose by 19% in 2012, while fossil fuels production decreased when compared to 2011, according to new government figures released in the annual Digest of UK Energy Statistics.

The report revealed that offshore wind generation increased by 46%, while onshore wind production rose by 17%.

Installed capacity of renewable sources rose by 27% in 2012, which was mainly driven by increased onshore and offshore wind and solar power.

The report noted that natural gas and crude oil production fell by 14%, while coal dropped 8.5%, with higher imports at 37.8%.

Energy imports were up by 6.9%, with Norway accounting for 46% of UK crude oil imports and 55% of gas imports.

"The report revealed that offshore wind generation increased by 46%, while onshore wind production rose by 17%."

Electricity generation moved further from gas to coal in 2012, accounting for the highest share of generation at 39%, driven by high gas prices.

According to the report, the share of nuclear remained unchanged at 19% despite a slight increase in generation.

Commenting on the report, RenewableUK deputy chief executive Maf Smith said the figures come at the end of a busy period for wind, which has seen the largest offshore wind farm in the world open at London Array, as well as a number of major onshore sites going live.

"With wind generating around half of electricity from renewables we are leading the charge in the race to decarbonise our electricity market," Smith said.

"These figures also show that as a country we are becoming increasingly dependent on expensive imported fossil fuels, with a rise to more than 40% in the amount we depend on fossil fuels brought in from abroad."