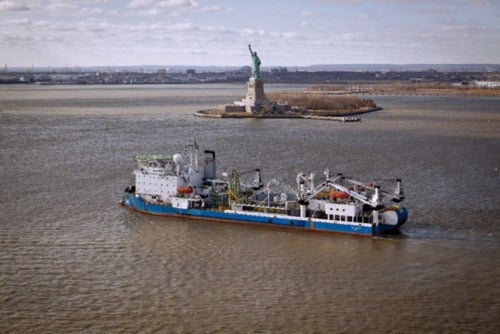 The $850m high-voltage direct current (HVDC) project, which connects to the Con Edison system at the West 49th St. substation in Manhattan, is capable of providing about 5% of New York City’s peak electric demand.

The total length of the line is about 7.5 miles, with a cable bundle buried under the Hudson River for approximately 3.5 miles and underground for about four miles, starting in Ridgefield.

New York Power Authority (NYPA) will buy the electricity from New Jersey over the Hudson line to serve the utility’s customers in the New York City.

Both the projects provide access to power from the PJM energy grid, which serves about 60 million people in 13 states and the district of Columbia.

Prysmian Cables and Systems manufactured and installed the power cables for the Hudson transmission project, while Siemens provided the converter station technology.

Siemens will also provide operation and maintenance services for project in conjunction with its operation of Neptune.

PowerBridge is also developing additional undersea and underground transmission projects, including the proposed West Point Transmission project that features a 1,000MW, 80-mile cable below the Hudson River between Athens and Buchanan, New York.