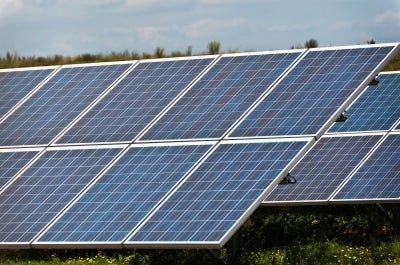 Construction of the plant, which will generate enough electricity to power over 60,000 average California homes, is likely to be complete by July 2014.

The project will help to reduce over 115,000 metric tons of CO2 annually, and will sell its output to San Diego Gas & Electric (SDG&E) under a 25-year power purchase agreement.

In April, First Solar acquired the project from Energy Power Partners, an affiliate of The Goldman Sachs Group, and a third equity partner.

The company will use 40MWdc of solar modules, which it secured as part of the acquisition. It will provide the remaining modules for the power plant as well as project development, engineering, procurement and construction, and grid integration services.

The project will help the company to meet California’s renewable portfolio standard, which requires retail sellers of electricity to obtain a 33% renewable energy share of their total energy mix by 2020.

First Solar construction director Anthony Perrino said: "With the support of county officials, IID and SDG&E, we are helping to deliver thousands of green jobs, millions of dollars in economic benefits, and clean, renewable energy for Southern California homes."

Image: Solar Gen 2 will feature 40MWdc of acquired solar modules and the remaining from First Solar. Photo: Courtesy of Freedigitalphotos.