The 50:50 joint venture, situated close to Southampton, has been generating electricity during the testing phase over the last few weeks, won’t open for business until December.

“It’s starting its final reliability runs in the next few days and assuming they all go to plan we should take it over fully sometime in December,” Marchant told Reuters. 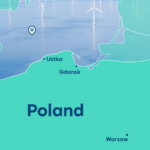