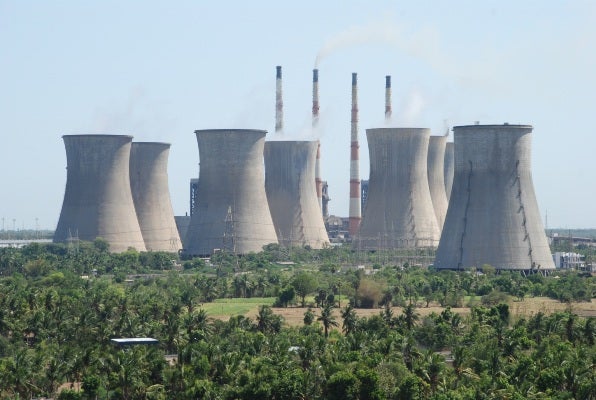 According to the contract, which is valued at €307m, BHEL will supply a steam generator package, which is claimed to be the highest rating pulverised lignite fired steam-generator, for two thermal units of 500MW each for the project.

The company plans to develop the proposed project at Neyveli, replacing the 600MW Thermal Power Station-I, units of which were commissioned between 1962 and 1970. NLC expects to commission the first unit of the plant in June 2015 and the second unit in December 2015.

Once operational, the project, which will be fuelled (lignite) by pithead mines operated by NLC, will supply its output to the southern states of the country under power purchase agreements signed between Tamil Nadu Generation and Distribution Corporation and distribution companies (Discoms) of other states.

The southern states of Tamil Nadu, Karnataka, Andhra Pradesh, Kerala and Puducherry will share the output among themselves according to the directives of the Indian Ministry of Power.

"The southern states of Tamil Nadu, Karnataka, Andhra Pradesh, Kerala and Puducherry will share the output among themselves."

In March 2012, NLC signed a rupee-term loan agreement worth €297.8m with the State Bank of India to meet part of 70% debt requirement of the project, which is being funded debt-equity ratio of 70:30.