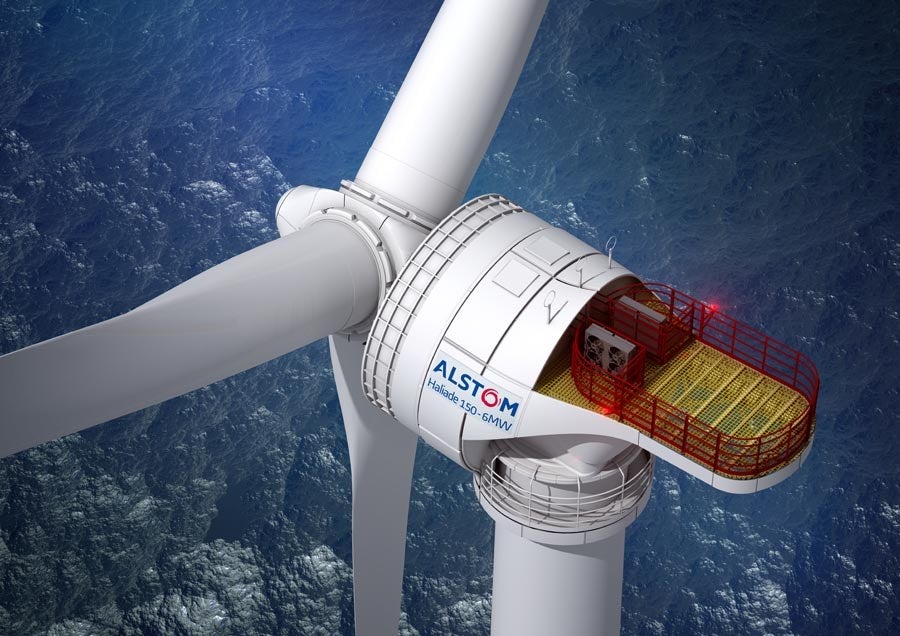 Power equipment and plant developer Alstom has started construction work on the first of two offshore wind-turbine factories in France.

The facilities in the Saint-Nazaire commune, which are expected to open in 2014, will produce 100 of Alstom’s 6MW Haliade-150 offshore turbines annually.

“These new plants are the initial steps required to help create a French industrial cluster of excellence in the field of marine renewable energy."

The plants will cover 2.5ha on 14ha of land in Montoir-de-Bretagne, and house assembly of nacelles and manufacturing of generators for the offshore wind turbines.

Alstom said that the construction of another two facilities in Cherbourg by 2015, which are intended to produce blades and towers, will complete France’s 2014-2016 ‘industrial cluster’ scheme, which will create 7,000 jobs.

The firm intends to deliver 240 Haliade 150 units at the Courseulles-sur-Mer, Fécamp and Saint-Nazaire wind farms starting in 2016.

Commenting on the construction of the factories, Alstom CEO Patrick Kron said: "These new plants are the initial steps required to help create a French industrial cluster of excellence in the field of marine renewable energies, which will meet the needs of the French and European markets."

France plans to install 6,000MW of offshore wind, tidal and wave power by 2020, by which time it is expected to generate 23% of energy from renewable sources.