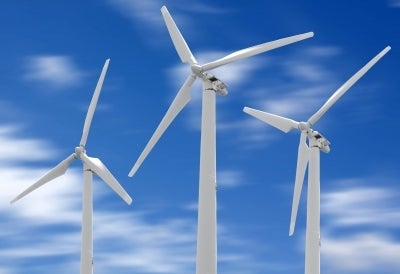 The company won the contracts through the 2013 Brazilian Reserve Auction for the 20-year energy supply contracts with the Brazilian Chamber of Commercialization of Electric Energy (CCEE Camara de Comercializaçao da Energia Eletrica).

The three projects, which are located in the state of Bahia, in north-eastern Brazil, are capable of generating 400GWh a year and require an investment of $163m.

The company already has more than 146MW of wind capacity under construction in the state of Bahia.

The Enel Green Power wind projects have an average load factor of more than 50%, equivalent to approximately 4,600 hours of energy production per year.

"The company already has more than 146MW of wind capacity under construction in the state of Bahia."

Enel CEO Fulvio Conti said, "This new success in Brazil confirms our growth plans and strengthens the Enel Group’s presence in Latin America, a continent that represents a pillar of our strategy, thanks to its strong economic growth and the associated rise in energy consumption.

"In the renewables field, Enel Green Power is continuing its constant expansion with cutting-edge projects and a diversified energy mix that comprises all renewable generation technologies."

In Brazil, the company has wind projects with around 283MW of total capacity and runs hydro facilities for 93MW.

Image: These projects will add a further 88MW to the 313MW of wind projects Enel. Photo: courtesy of Freedigitalphotos.