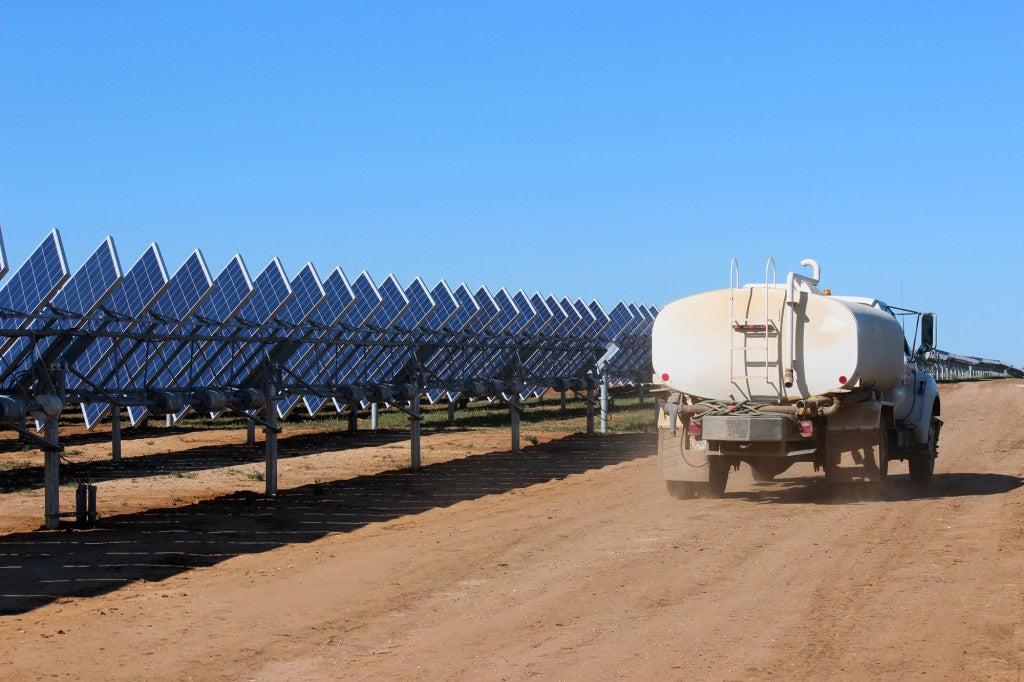 ERCAM Trackers has delivered more than 4,000 single and dual-axis trackers as well as 5,400kg of steel including 17 million parts to the 41MW Alamo I solar farm in San Antonio, Texas.

ERCAM claims its dual-axis solar trackers, which are designed to work in hard environmental conditions, use a patented dual-axis algorithm, which increases the energy output by 20-30% for fixed systems and reach an average gain from 40% up to 50% over the horizontal radiation.

Alamo I, which represents the first phase of a 400MW solar power project being developed by OCI Solar Power on Binz-Engelman Road, will be completed by the end of 2013.

Once operational in 2016, the project, which is claimed to be Texas’ largest solar farm, will sell its entire output to CPS Energy as part of a 25-year power purchase agreement. The project will generate enough electricity to power 10% of San Antonio homes.

Earlier in July 2012, OCI Solar Power and CPS Energy signed an agreement to develop, own and operate the largest municipal utility solar project in the country.

The project will create more than 800 long-term jobs and inject an estimated $700m annually in the local economy.

In December 2012, Renewable Energy Systems Americas (RES Americas) was awarded an engineering, procurement and construction contract for the Alamo 1 project.

In October 2013, OCI Solar Power commenced construction on the project’s second phase, Alamo II, being built on 45 acres owned by the San Antonio River Authority near the organisation’s Upper Martinez waste water treatment plant. Commercial operations are set to begin by the year-end.