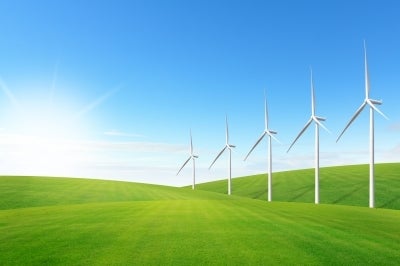 According to the contract, Gamesa will supply, install and commission 105 G97-2.0MW turbines for the project to be built in Chapada do Araripe. The companies have also signed an agreement in principal for five-year maintenance of the project.

Gamesa will manufacture the turbines at its factory in Camacari and expects to begin delivery of the turbines after the first quarter of 2015, while the project is expected to be commissioned in the second half of the same year.

The partners in the project, which will require an investment of BRL780m (€253m), are Casa dos Ventos, Contour Global and Saulus-FIP.

The Chapada wind farm, which is the first phase of the 420MW Chapada do Araripe complex, was awarded to Casa dos Ventos in the August 2013 federal power auction.

"According to the contract, Gamesa will supply, install and commission 105 G97-2.0MW turbines for the project to be built in Chapada do Araripe. "

At the auction, 66 wind farms were awarded contracts to supply energy to Brazil’s national electricity grid for a period of 20 years. The projects, which are expected to come online by September 2015, will need a total investment of around BRL5.46bn (€1.77bn).

Corrochano said: "Since we set up our new productive centre in Camaçari, Gamesa has demonstrated its strategic commitment to Brazil, one of its priority markets in the short and medium term, by focusing its resources and efforts on development of our supply chain and sharing our know-how with local suppliers.

"As a result, Gamesa was one of the first foreign companies to comply with the new local content requirements imposed by the BNDES."