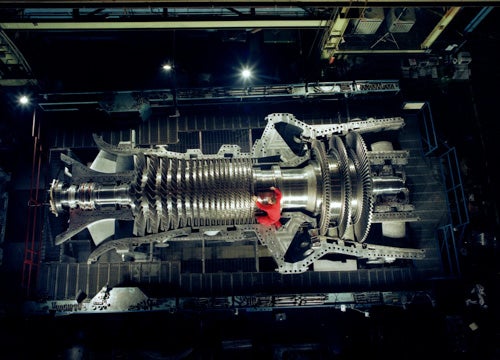 Under the three contracts, GE will supply a total of 26 heavy-duty gas turbines, 12 steam turbines and 38 generators for the nine plants located in the northern part of the country.

In October 2012, GE and its consortium partner Power Projects, an affiliate of METKA, bagged the contract from SPE for the two fast-track projects in northern Algeria.

"Under the three contracts, GE will supply a total of 26 heavy-duty gas turbines."

Besides, GE will also provide services including new unit spares, technical direction and installation services and training to help increase the performance, flexibility and reliability of operations at the nine plants, which will start simple-cycle duty in 2015 and combined-cycle operation in 2017.

In addition, GE plans to form a long-term joint venture with Sonelgaz to set up a new production facility in Algeria that will have a capacity to produce power generation equipment totaling 2GW annually.

The production facility, which will create 600 additional indirect jobs, will eventually cater the needs of the future power plants in Algeria.